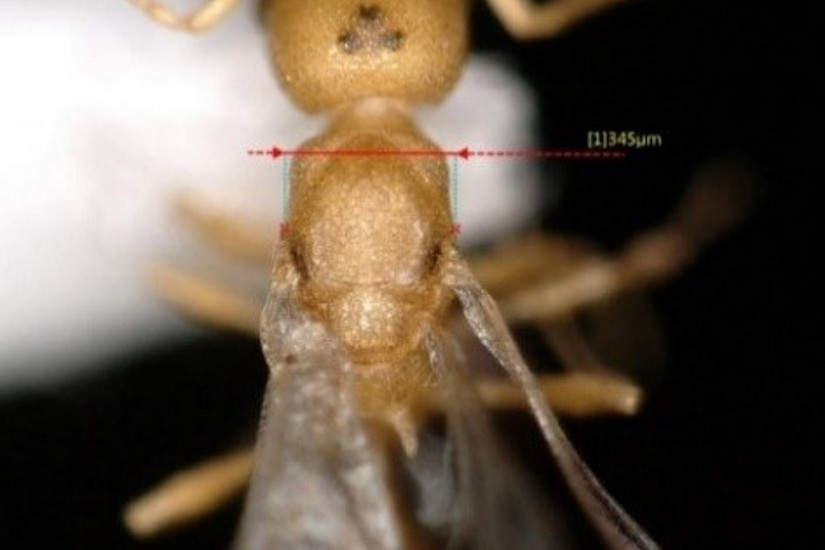 Background: Glyphosate, a widely used herbicide, works by inhibiting a vital enzymatic pathway shared by plants and some microbes, but not animals. Toxicity of glyphosate to animals is therefore low. However, glyphosate exposure may negatively affect symbiotic bacteria, which serve many beneficial functions. It is likely that alterations to the microbiome has negative consequences for the animals.

Our previous research indicates that queens exposed to glyphosate during development have a bigger thorax, the body part which houses the flight muscles. A hypothesis for the thorax size variation is that glyphosate exposure is a cue for bad environmental conditions, leading to an investment in dispersal ability. The queens thus have built bigger flight muscles, also making the thorax bigger. An alternative explanation is, that glyphosate has eliminated harmful bacteria from the queens, who are then able to use more resources for growth.

In this project you will handle experimental ant colonies in the lab. Using modern imaging techniques, you will measure morphological features of the ant queens and the wing muscles, to clarify the connection between glyphosate exposure and queen flight ability. 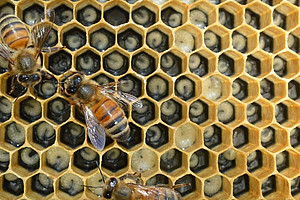 Background: Honeybees are threatened worldwide, due to high level of various environmental stressors and management practices. Diseases are wreaking…